Vertebrate Publishing Peak Rock: The History, the Routes, the Climbers 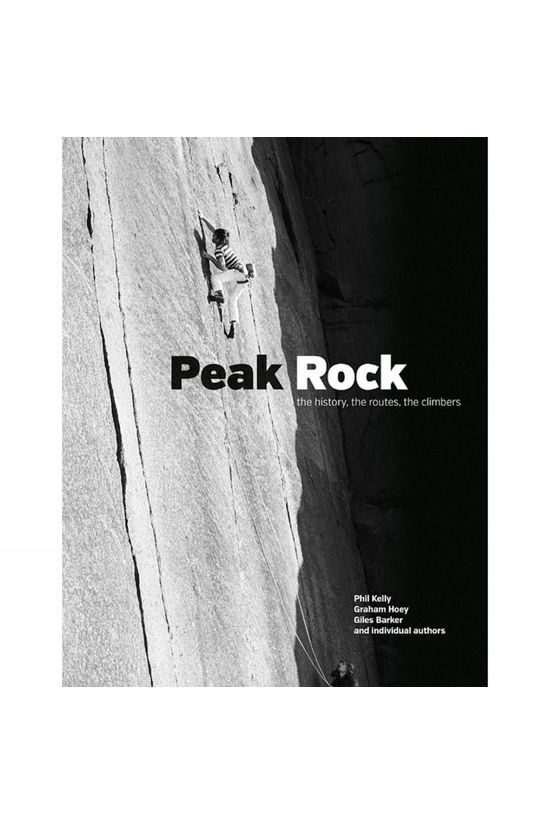 Peak Rock is a celebration of significant developments at the cutting edge of rock climbing in the Peak District, from the day that James W. Puttrell first set foot on rock at Wharncliffe in the late nineteenth century, through to modern day ascents on the area's gritstone and limestone crags.

The late Giles Barker first started work on Peak Rock – then titled Peak Performance – in the early 1980s, before progress was halted by his premature death in 1992. It was almost twenty years before Phil Kelly picked up where Giles left off, pulling together Giles' original research and interviews, which were stored at the Mountain Heritage Trust. Phil enlisted Graham Hoey to work on the book, updating the manuscript with their own interview material and other primary source information, writing a number of missing chapters and also adding a number of chapters, including the significant developments of the 1980s, 1990s and 2000s.

Phil and Graham brought in a team of experienced Peak District climbers drawing on their knowledge of specific developments – trad climbing, sport climbing, bouldering, gritstone, limestone – and worked with them to develop individual chapters. This resulting book on the history of Peak District climbing is the most comprehensive to be published since Eric Byne and Geoff Sutton's High Peak in 1966.

Phil Kelly's first experience of climbing was to be top-roped up the descent route at Lancashire's Deeply Vale aged 10. He returned to climbing in