Climbing the Fine Line between Risk and Reality 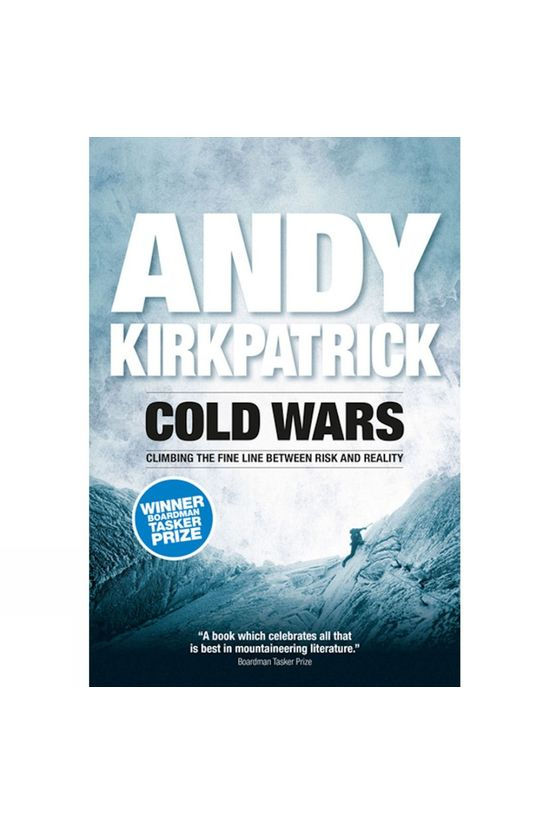 Winner of the 2012 Boardman Tasker Prize for Mountain Literature.

"I was aware that I was cold – beyond cold. I was a lump of meat left for too long in a freezer, a body trapped beneath the ice, sinking down into the dark."

"I was freezing to death."

In this brilliant sequel to his award-winning debut Psychovertical, mountaineering stand-up Andy Kirkpatrick has achieved his life's ambition to become one of the world's leading climbers. Pushing himself to new extremes, he embarks on his toughest climbs yet – on big walls in the Alps and Patagonia – in the depths of winter.

Kirkpatrick has more success, but the savagery and danger of these encounters comes at huge personal cost. Questioning his commitment to his chosen craft, Kirkpatrick is torn between family life and the dangerous path he has chosen. Written with his trademark wit and honesty, Cold Wars is a gripping account of modern adventure.

Andy Kirkpatrick has a reputation for seeking out routes where the danger is real, and the return is questionable, pushing himself on some of the hardest walls and faces in the Alps and beyond. He was born and raised on a council estate in Hull, one of the UK's flattest cities, and suffered from severe dyslexia, which went undiagnosed until he was 19. Thriving on this apparent adversity, Andy transformed himself into one of the world's most driven and accomplished climbers, and an award-winning writer. In 2001 he undertook an eleven-day solo ascent of the Reticent Wall on El Capitan, one of the hardest solo climbs in the world. This climb was the central theme of his first book Psychovertical, which won the 2008 Boardman Tasker Prize for Mountain Literature. Cold Wars, which also won the Boardman Tasker Prize in 2012, is his second book. Andy lives in Sheffield with his two children.