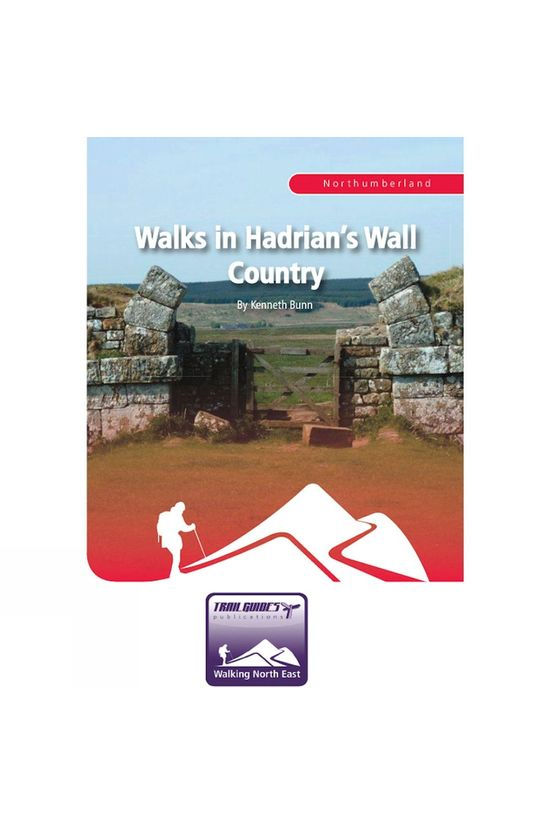 A 112-page, full-colour, A5 booklet describing eight walks and the history and landscape surrounding those walks, along the length of Hadrian's Wall.

Walk these walks through dramatic and varied landscapes, everywhere with the visual imprint of Roman Britain and other historic locations.

Stand where soldiers and centurions from faraway places came to guard an Empire and build their forts and temples along the Wall.

Hadrian's Wall, one of the most recognised landscapes in Britain and since 1987, a designated World Heritage Site. Standing for almost two thousand years this structure rubs shoulders with both history and legend. Here Roman legionnaires lived, marched and fought to hold back the barbarian hordes to the north and, according to myth, King Arthur met his doom at the hands of Mordred at the Battle of Camlann.

This is a dramatic and varied country, full of surprises for the inquisitive and a joy to walk through. Join the author in a series of eight walks as he explores the country, history and myth that surrounds this part of Northumberland.