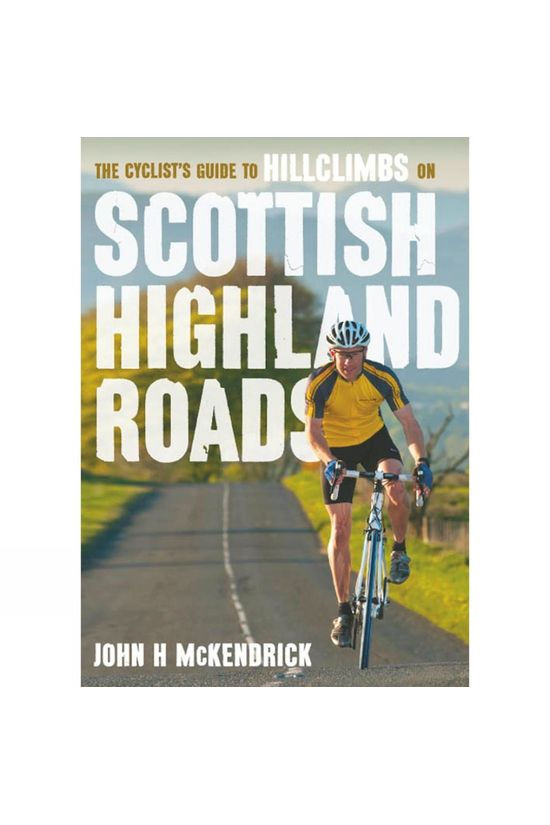 There is historical precedent for a book that uses roads to inflict pain on people throughout Highland Scotland. Thanks to the various Jacobite Rebellions between 1688 and 1746 the British Government embarked on an unparalleled programme of road building to enable their troops to quickly cross the length and breadth of the land in order to quell unrest and control unruly clansmen.

Under the direction of Generals Wade and Caufield, 1,100 miles of roads were constructed in less than fifty years. Inevitably, almost as quickly as they covered the miles in distance, these roads racked up the metres in altitude, as they clambered their way to the lowest point or easiest route through the bealachs that connect the Highland glens that dissect the mountains of Scotland.

Following on from A Cyclists' Guide to Hillclimbs on Scottish Lowland Roads, this volume by John H. McKendrick features 40 of the best road climbs in the north of the country, many of them on the old military roads. As well as established classics like the Cairn o'Mount, The Lecht, Bealach Ratagan and, of course, the legendary Belach na Ba, there are some lesser-known gems and unusual challenges to keep the adventurous roadie on their toes.