MainstreamPublishing A Day to Die For: 1996: Everest's Worst Disaster

One survivor's personal journey to uncover the truth 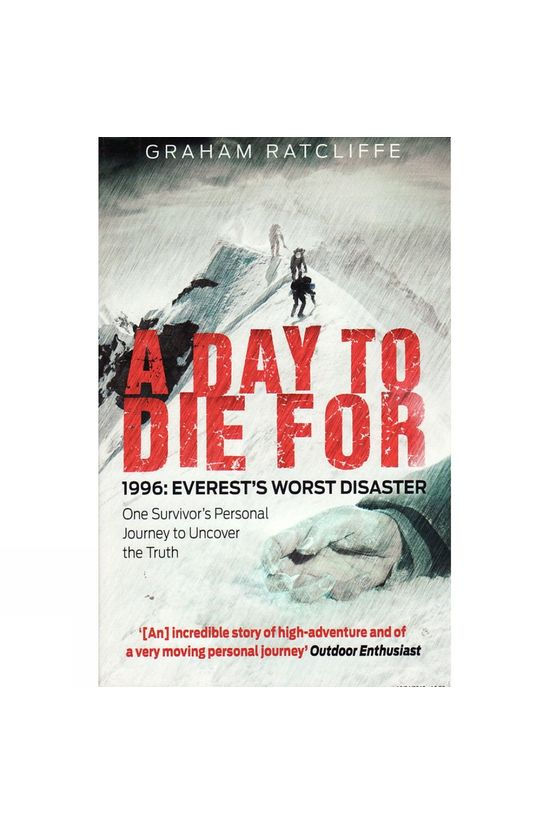 On the night of 10-11 May, 1996, eight climbers perished in what remains the worst disaster in Everest's history. Following the tragedy, numerous accounts were published, with Jon Krakauer's Into Thin Air becoming an international bestseller. But has the whole story been told?

A Day to Die For reveals for the first time the full, startling facts that led to the tragedy. Graham Ratcliffe, the first British climber to reach the summit of Mount Everest twice, was a first-hand witness, having spent the night on Everest's South Col at 26,000 feet, sheltering from the deadly storm. For years, he has shouldered a burden of guilt, feeling that he and his teammates could have saved lives that fateful night. His quest for answers has led to discoveries so important to an understanding of the disaster that he now questions why these facts were not made public sooner. History is dotted with highprofile disasters that both horrify and capture the attention of the public, but very rarely is our view of them revised to such devastating effect.