Rain on canvas, waves crashing the rustling of the wind through pine trees, crunching leaves…there’s no doubt that part of the joy of being in the Great British outdoors is the sounds that come with it. When we spend time outdoors, the soothing sounds of nature help many of us to de-stress and be more mindful.


We’ve teamed up with award-winning wildlife field recordist and sound designer Pete Smith and Helen Glover MBE, a double Olympic Gold medallist and self-confessed outdoor enthusiast, to bring you the Top 10 Sounds of the Great British Outdoors. Together, we’ve identified the sounds that instantly make your mind stop racing, that make you slowly exhale and immerse you in the outdoors – reminding you of everything that is great about being out there.

We want you to feel inspired to get outside and enjoy these sounds, along with many others, with some tips from our experts on where to go and what kit you will need. The days may be getting shorter and the weather colder and wetter, but the outdoors is right where you left it and ready to be enjoyed this winter.

Of course, we want you enjoy to the outdoors safely and responsibly so please make sure you follow the latest government advice and rules wherever you are.

1. Leaves crunching underfoot in the Chilterns

There’s no doubt that we all love the satisfying crunch of autumn leaves underfoot whilst taking in the stunning oranges, yellows and reds as the trees transition ready for winter. Take a look at our suggestions of autumn walks here where you can experience this sound for yourself. This sound was nominated by Helen Glover, and conjures up memories of dog walks “I love autumn for the colours and smells but the sound of leaves crunching under foot is probably the most distinctive part of this time of year for me. The sound reminds me of my dog Kai thundering through woods in the Chilterns, chasing after sticks while we crunch through freshly fallen leaves.”

Nominated by Conor, a Cotswold Outdoor in-store expert from the Plymouth store, this sound transports him to a waterfall in South Dartmoor. The exact location is secret – it’s a hidden gem where Conor goes to escape: “The secluded spot is perfect for just sitting and immersing yourself in your surroundings, as well as camping and practising how to photograph running water”. Check out our Favourite UK Mountain and Hill Walking Locations to discover your new favourite spot to escape to.

3. The rustling of the wind through pine trees

Thomas, In-store Expert at Cotswold Outdoor Newcastle, nominated the sound of Pine Trees rustling in the wind at Kielder Forest. There is something incredibly therapeutic about the being under a canopy of trees in a forest as the wind gently brushes through the leaves overhead. According to the Forestry Commission* there is 3.2 million hectares of woodland in the UK, so what’s stopping you from getting out there and exploring it?

4. Rain falling on a tent

The sound of rain falling on a tent when you are cosy, warm and dry inside in a sleeping bag can be incredibly comforting. Nominated by Pete Smith, an award-winning wildlife field recordist, this sound takes him back to fishing trips to Eigg in the Scottish Highlands. The Summer might be long gone but camping is still a great option for a weekend away (lockdown rules permitting) so take a look at our top tips for camping in the rain here.

Another of Helen Glover’s favourite sounds of the outdoors is the call of red kites. According to the RSPB*, these magnificent birds of prey can now once again be heard in central England, Scotland and Wales thanks to the world’s longest running protection programme. The Chilterns, Agarty and the Galloway Kite Trail are some of the best spots to find them. For some tips on wildlife spotting, as well as ideas for Sensory walking, read our blog on Making Family Walking Fun For Everyone.

6. Waves crashing on a beach

The beach is a perfect place to experience a nature overload on your senses, with the feel of the sand in your toes, the smell of the fresh sea air and the sound of the waves crashing. For Helen Glover the sound takes her back to childhood, “I grew up in Cornwall and spent my childhood playing on beaches, swimming, surfing, kayaking and going on costal walks with my family. The sound of waves crashing instantly transports me back to building sandcastles on a Cornish beach.” You’re never more than 70 miles from the coast in the UK, so a coastal walk is always the perfect weekend activity. Why not try one of the Top 5 Challenging Walks on the South West Coastal Path?

7. The display calls of the curlew

Pete’s favourite sound, the iconic display call of a curlew is sadly a bit rarer nowadays. The beautiful birds which can be identified by its long, downcurved bill, can be found around the whole UK coastline. Take a look at our blog on the 8 Unmissable Coastal Walks from The Ramblers, you might be lucky enough to hear one for yourself.

8. Wind blowing through the grass on sand dunes

Waves aren’t the only therapeutic sound you’ll find at the beach. The sound of wind blowing through the grass on the on sand dunes near Edinburgh at Tyninghame Beach, overlooking Bass Rock, was nominated by Pete.

Another iconic bird sound that made the Top 10, the cuckoo is instantly recognisable by its “cuck-oo” call. Another species that is in decline, they can be found throughout the UK during summer having marked the arrival of spring with their call.

The final sound that made it onto the Top 10 is the song of the skylark. Skylarks are found everywhere in the UK and especially like open countryside. You’re most likely to spot them when they’re in their distinctive display flight, which includes their beautiful song.

We’d love to know your favourite sound of the outdoors. Tag us on social media and use the hashtag #SoundOn

“I love being outdoors and I’m fortunate to spend a lot of time in the natural environment, either for solo training sessions or when I’m enjoying local adventures with my family.  I find that there’s always that moment when I stop and focus on the sounds of my surroundings – it helps to clear my mind and I instantly feel more relaxed.

“It was a pleasure to contribute to the Top 10 Sounds of the Great British Outdoors, although difficult to conjure up a shortlist of favourites.  At the moment, autumnal walks around the Chilterns with my boys are fun, with the noise of fallen leaves crunching underfoot.  I grew up in Cornwall and will always enjoy coastal walks accompanied by the ebb and flow of the tide, particularly on a stormy day when the waves are roaring and crashing.

“As well as grounding me in the moment, I find sounds can be so evocative too.  When I think back to past adventures, it’s the crackle of the campfire, the lapping of kayak paddles on a lake and the mew-like call of red kites in the trees that bring back such warm memories and make me yearn to get outdoors.”

Pete Smith is a field recordist and sound designer with a background in electroacoustic composition. His experience is primarily in documentary, but he also has a variety of drama and corporate credits.

He has a keen interest in wildlife sound recording and was awarded the ‘Silver Fox’ award by the Wildlife Sound Recording Society (WSRS) for one of his recordings.

“To me, sound is everything, so it has been interesting how people have tuned into the sounds of their surroundings more than ever throughout 2020.  It was the year that everything stopped and, as the traffic noise quietened during lockdown and our streets fell silent, the sounds of the outdoors became acutely more noticeable.

“I’ve always been more relaxed and mindful when surrounded by the calming sounds of nature.  Whether I’m camping out overnight during fishing trips to the Isle of Eigg and listening to the rain pelting the tent or walking along the sand dunes and hearing the wind whistling through the grass, sound is such an important and immersive part of spending time outdoors.

“However, for me, the very best sounds of the outdoors are the display calls of the curlew in spring.  I grew up in a small village in South West Scotland surrounded by farmland, and curlews used to nest all around my house.  Often, on moonlit nights, they would fly and sing all through the night. Whenever I hear them now, I am instantly eight years old again out in the field in front of my house. Sadly, curlews are now declining in numbers so it’s important to get out and enjoy these wonderful sounds while we can.”

We’re here to help you find the right kit for your adventures. Take a look at some of our recommendations below for getting out into nature this winter and immersing yourself in the sounds of the outdoors. 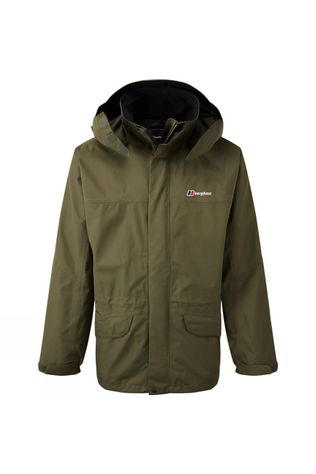 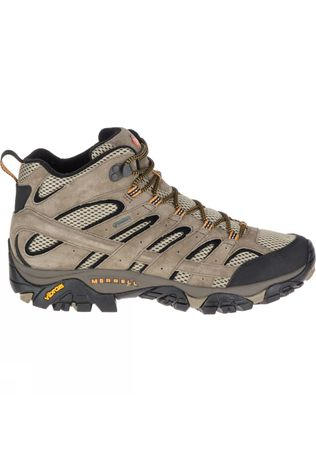 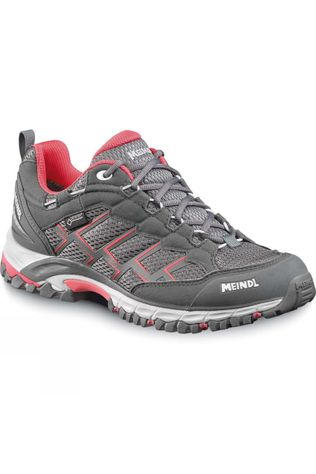 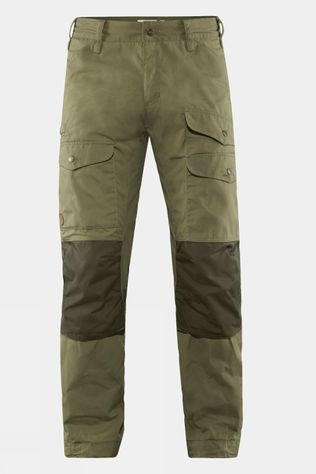 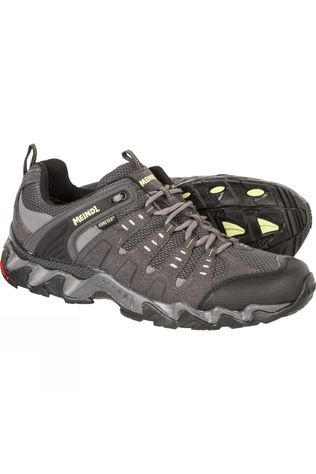 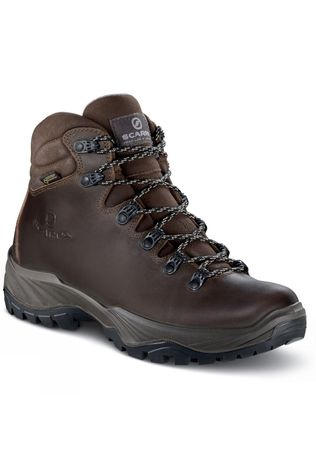 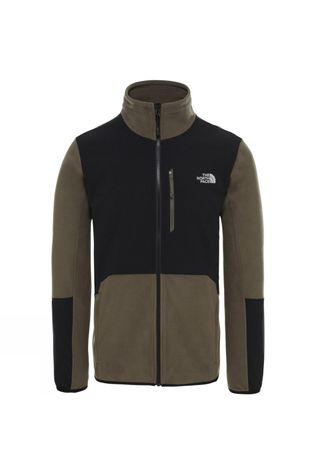 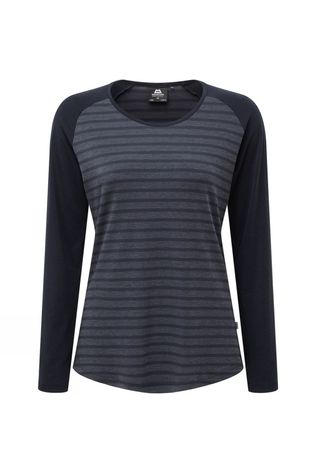 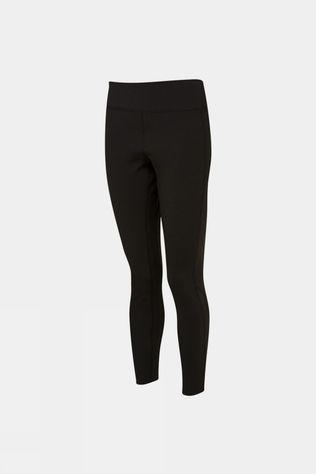